Scotch Whisky is produced all over Scotland and can be broken down into six regions, Highlands, Speyside, Lowlands, Campbeltown, Islay and Islands.

Scotch is like Wine in that the location of where it's produced makes a big difference to how it tastes, looks and smells even though it's produced in the same country. Scotland isn't the biggest country, but the differences in location to Whisky taste are phenomenal.

Coastal distilleries will produce a whisky that tastes nothing like an inland whisky. A single malt from one of the island's distilleries will differ from the heavily condensed area of Speyside. Even within regions, a whisky can have completely different notes and aromas.

Scottish whisky is world-renowned, so it's important to distinguish the difference; every region has a whisky powerhouse found in most bars around the World. Below we've listed details about each Scottish Whisky region, covering some famous names, notably aromas and flavours and how to differentiate from region to region.

The Highlands is Scotland's largest whisky-producing area, covering anywhere from the north of Glasgow (the Clyde estuary to the River Tay) to Thurso in the north, not to mention the east and west regions excluding Speyside. Due to the large area, whisky in the Highlands is diverse and offers vastly different flavours, so it's hard to put a specific style on Whisky from this region. It's easier to split the Highlands into four subregions, north, east, south and west. Each of these subregions has its own style.

You’ll find full-bodied single malts in the north, sweet & rich in character, Glenmorangie & Dalmore being two of the more recognisable whiskies. Lighter, fruity whiskies are more commonly found in the east, such as Glendronach. Similar drams are located in the South, these would typically have a touch less body, such as Aberfeldy. The Western Highlands offers the full body with a peaty punch, and the coast has a significant influence on those whiskies; Oban is one of the more prominent names.

Due to the size of the Highland area, these distilleries make up 25% of all Whisky produced in Scotland. However, if you add the neighbouring region of Speyside into this, then the figure rises up to 85%.

The region of Speyside is located in the northeast of Scotland surrounding the River Spey; it's a sub-region to the neighbouring Highlands because of the high density of distilleries in the area. It's home to the highest number of distilleries in Scotland, with well over 60 at present.

Speyside is known for its wide range of whiskies displaying different characters, famously for sweet single malts with either very little peat or no peat present at all. Because of this style, Speyside tends to be an excellent entry-level for those beginning their Whisky adventure. They allow the user to discover their favourite tastes when it comes to drinking single malts.

Some of the World's most famous whiskies are produced in Speyside, Glenlivet, Glenfiddich, and The Macallan are World-renowned scotch whiskies; these three distilleries alone make up one-third of the entire single malt market. More than 60% of Scotland's whole single malt production is from the active distilleries of Speyside; this shows how important this region is in terms of exports of Scotch and Scottish produce around the World.

Lowlands is the second biggest whisky region in terms of its area, but it's currently only home to fewer than five distilleries. The Lowlands region covers the south of Scotland up to the north of Glasgow and Edinburgh. It meets the border of the Highlands; the line follows the old county borders running from the Clyde estuary in the west to the River Tay in the east. Anything south of this is to the border with England is classified as the 'Lowlands' in whisky terms.

Lowlands whiskies tend to be light and gentle with no peatiness; unlike any other region, they were once all triple distilled. Only Auchentoshan uses this technique now for all of its production. Due to the inland location of the distilleries, there is slight salinity within the Whisky; because of this, Lowland Whiskies are a great entry into malt whisky.

Campbeltown is part of mainland Scotland, but it's found at the Mull of Kintyre's foot and was once a thriving whisky hotspot with over 34 distilleries. However, it's now home to just 3. Once at a high of 34, a 50% slump in the 1850s meant what followed was a catastrophic fall from grace. A mixture of improved transport links to the rival distilleries in the north and a decline in quality as distillers cut corners for mass-production resulting in an inferior product.

Today, Campbeltown Whisky is known for its dryness and sometimes pungency taste because of its location; the region sticks out of the mainland and is closer to neighbouring islands Arran and Islay than any other mainland producer.

The region is relatively small, yet the distilleries produce very different whiskies from one another; Springbank is robust and heavily smoky, whereas Glen Scotia now produces typically light and grassy whiskies.

The Scottish island of Islay (pronounced eye-luh) is located to the west of the mainland and is the smallest Whisky region in terms of area coverage in Scotland. Even though it's a relatively small island, Islay is currently home to 8 distilleries, 3 of which are World famous, Ardbeg, Laphroaig and Lagavulin.

The region is known for its peaty single malts, and it's believed that whisky distillation reached Scotland from Ireland via Islay in the 13th century, hence the high number of past and present distilleries the island.

Scotch produced on the islands surrounding the mainland of Scotland offers a very diverse and different taste; they're not, however, recognised by the Scotch Whisky Association but are easily grouped for geographic reasons as one as they're all islands.

There are nearly 800 islands off of Scotland’s coastline, with only a few are inhabited; it's easy to see why the varying style differentiates from North to South. Of the inhabited islands, Orkney has two whisky distilleries, Scapa and Highland Park. Lewis & Harris is home to Abhainn Dearg. Talisker is located on Skye, Tobermory on Mull with Jura and Arran located on their namesake islands. Although diverse in flavours, peat and salinity are found in all Islands whiskies; the latter is because of the sea's vicinity.

Talisker is currently the largest Island distillery in Scotland, with a capacity of 2.6 litres; you'll be sure to find a bottle of this in most bars around the World.

Click here to view our vast selection of whisky glasses perfect for Scotch Whisky. We have glassware for whisky covered, from the award-winning Glencairn Whisky Glass to the more traditional tumblers...we have glassware for whisky covered! We also have a great collection of whisky decanters ideal for scotch whiskey and other spirits such as cognac, brandy, port, and more!

To purchase some of these fantastic whiskies, check out our friends at Hennings Wine Merchants, as well as The Whisky Exchange and Masters of Malt. 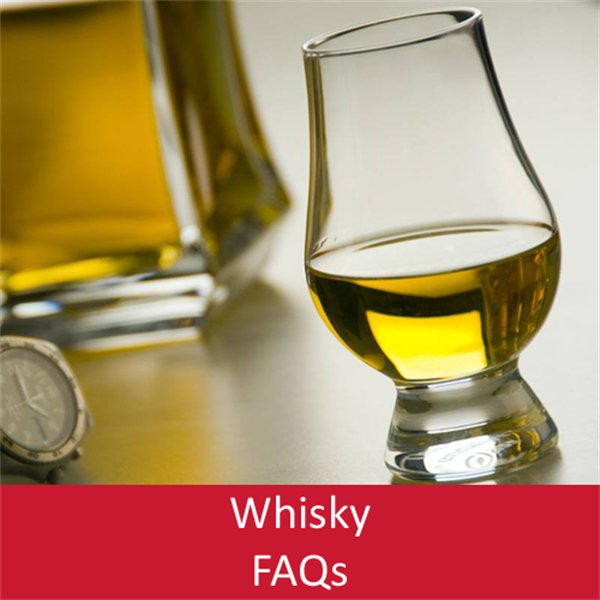 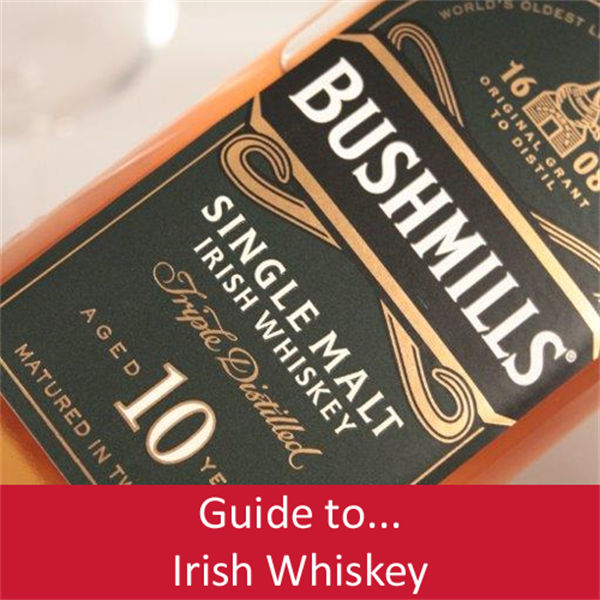 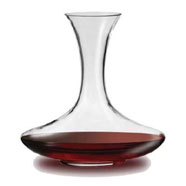 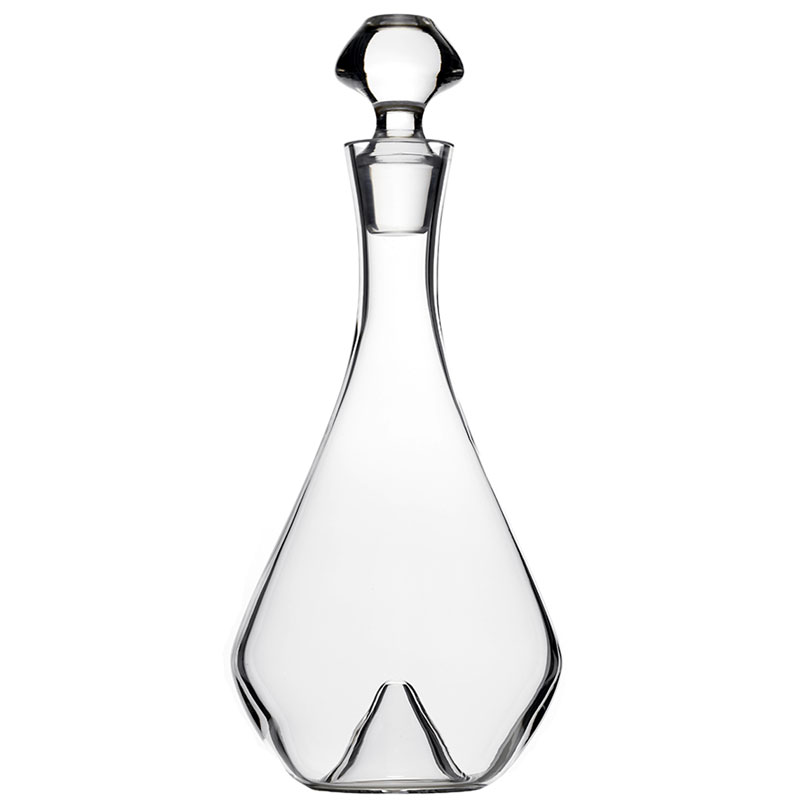 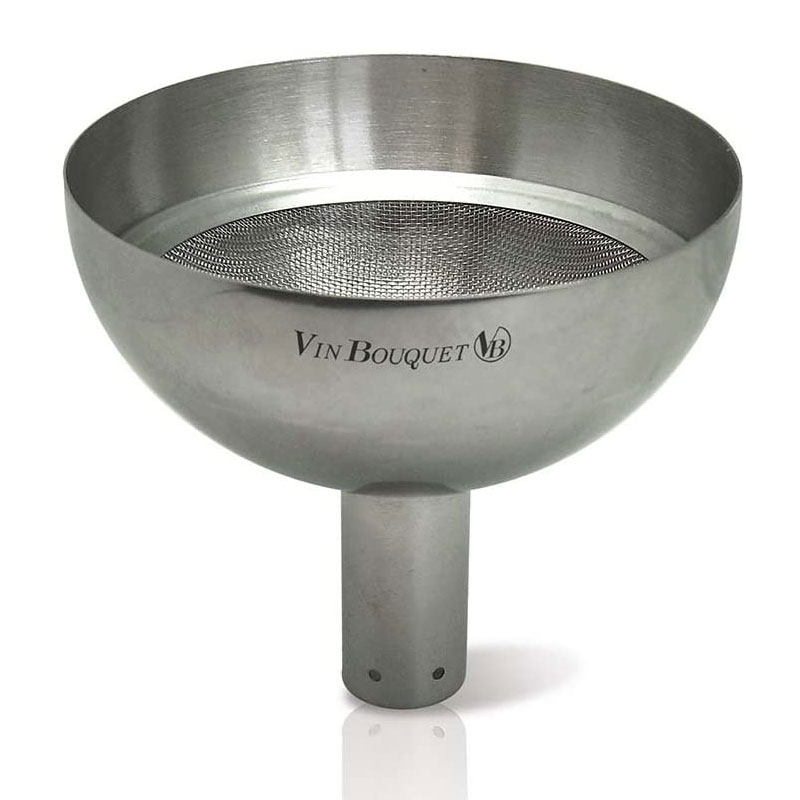 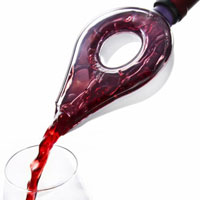 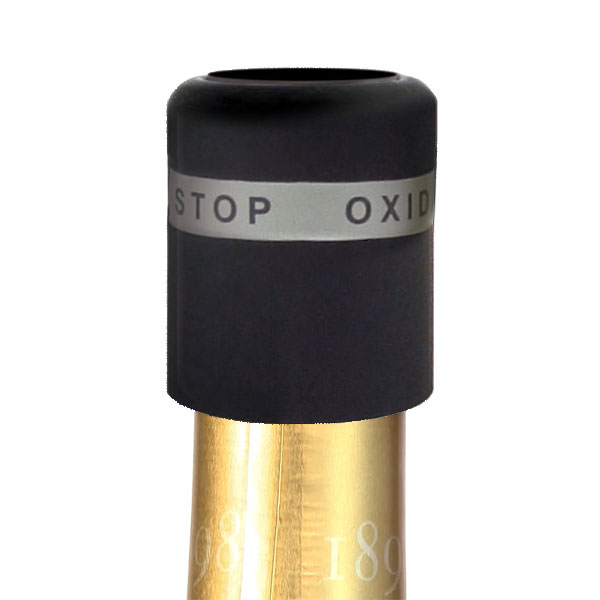 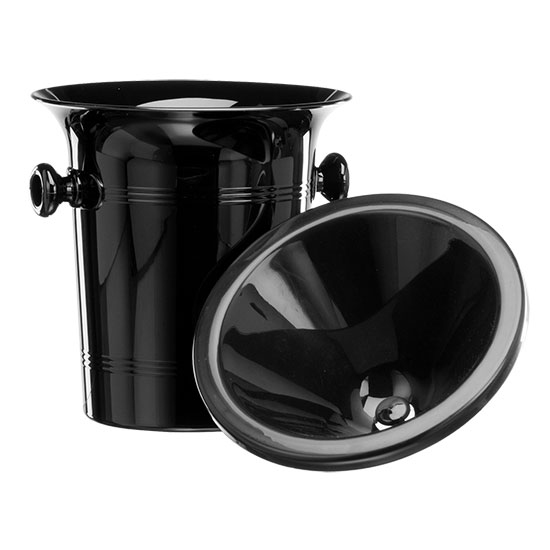 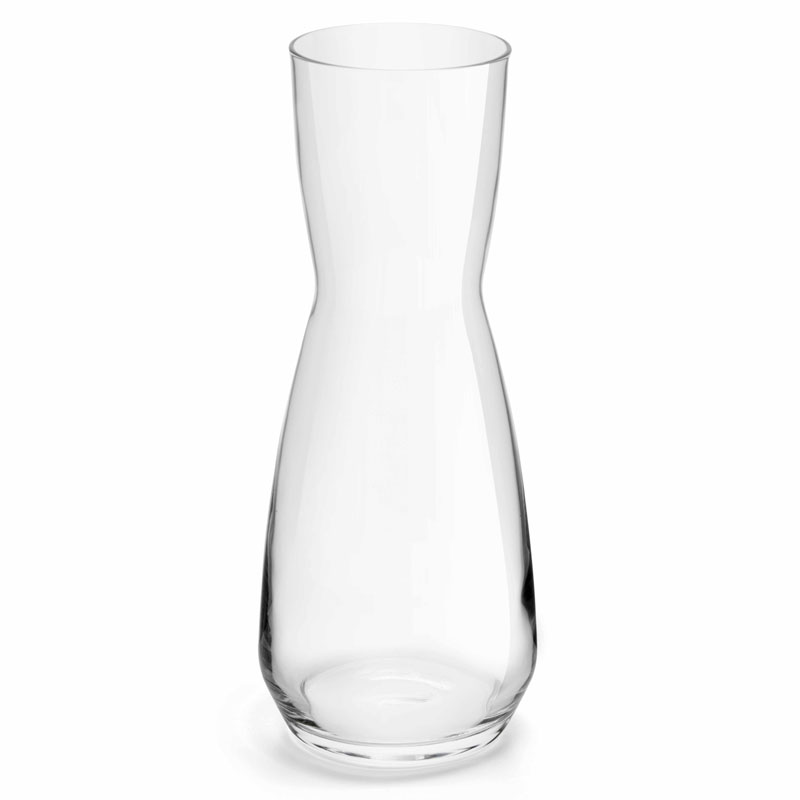 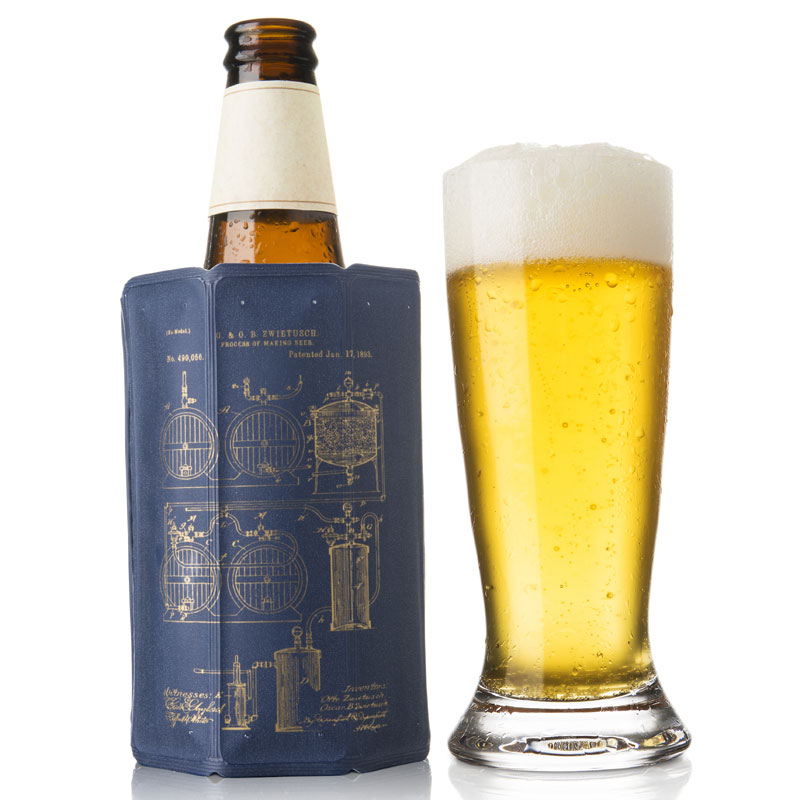 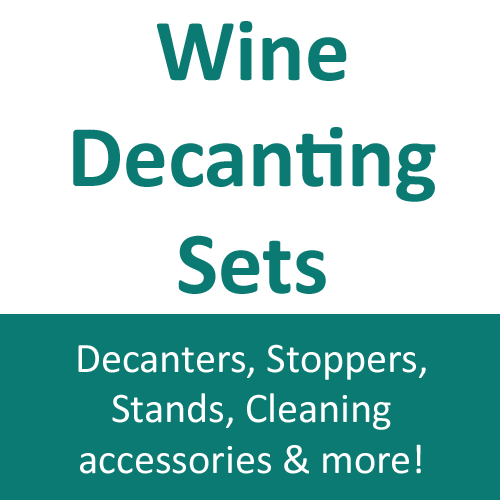 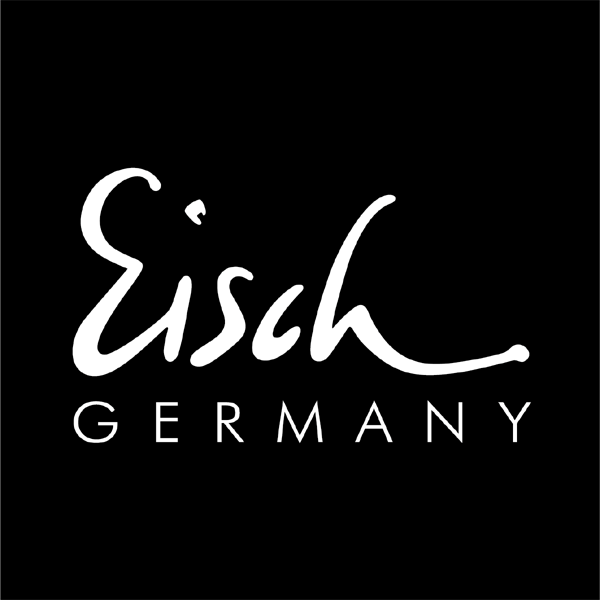 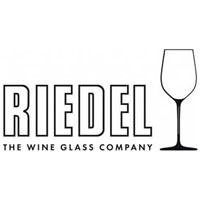 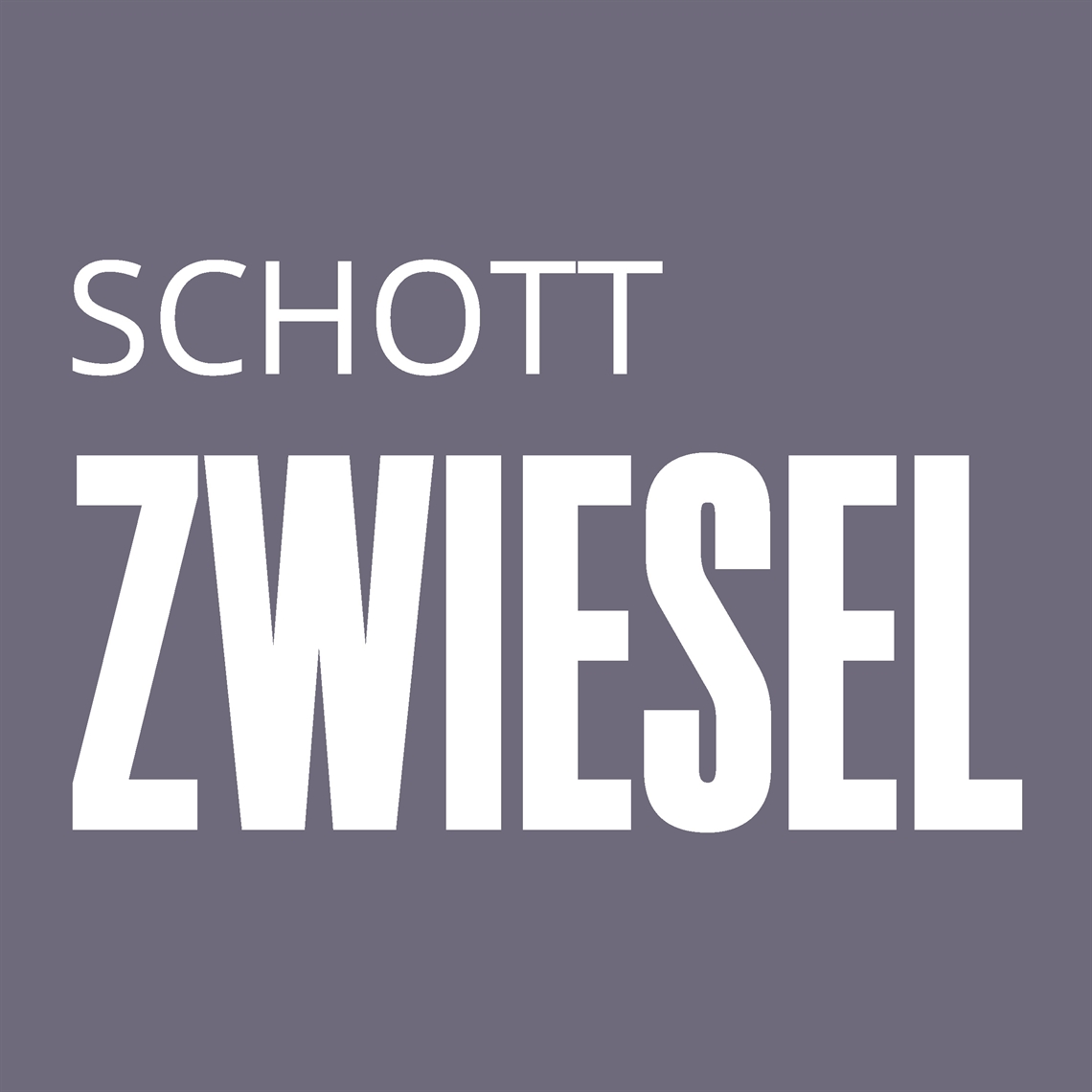 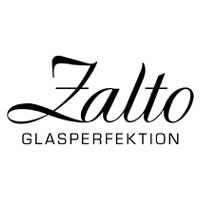 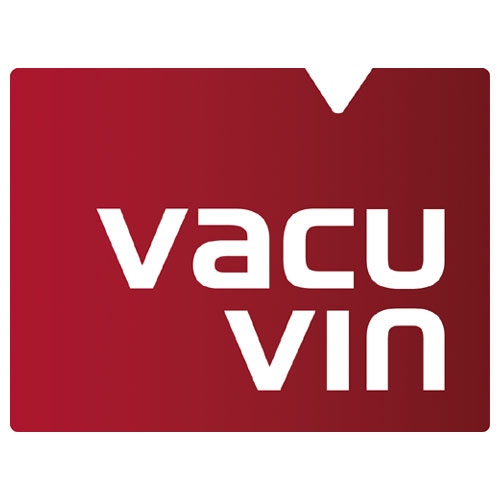 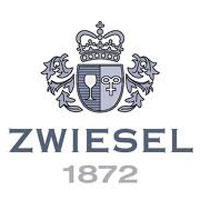 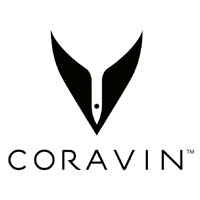 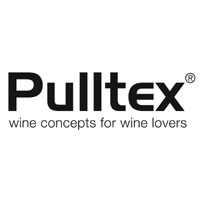 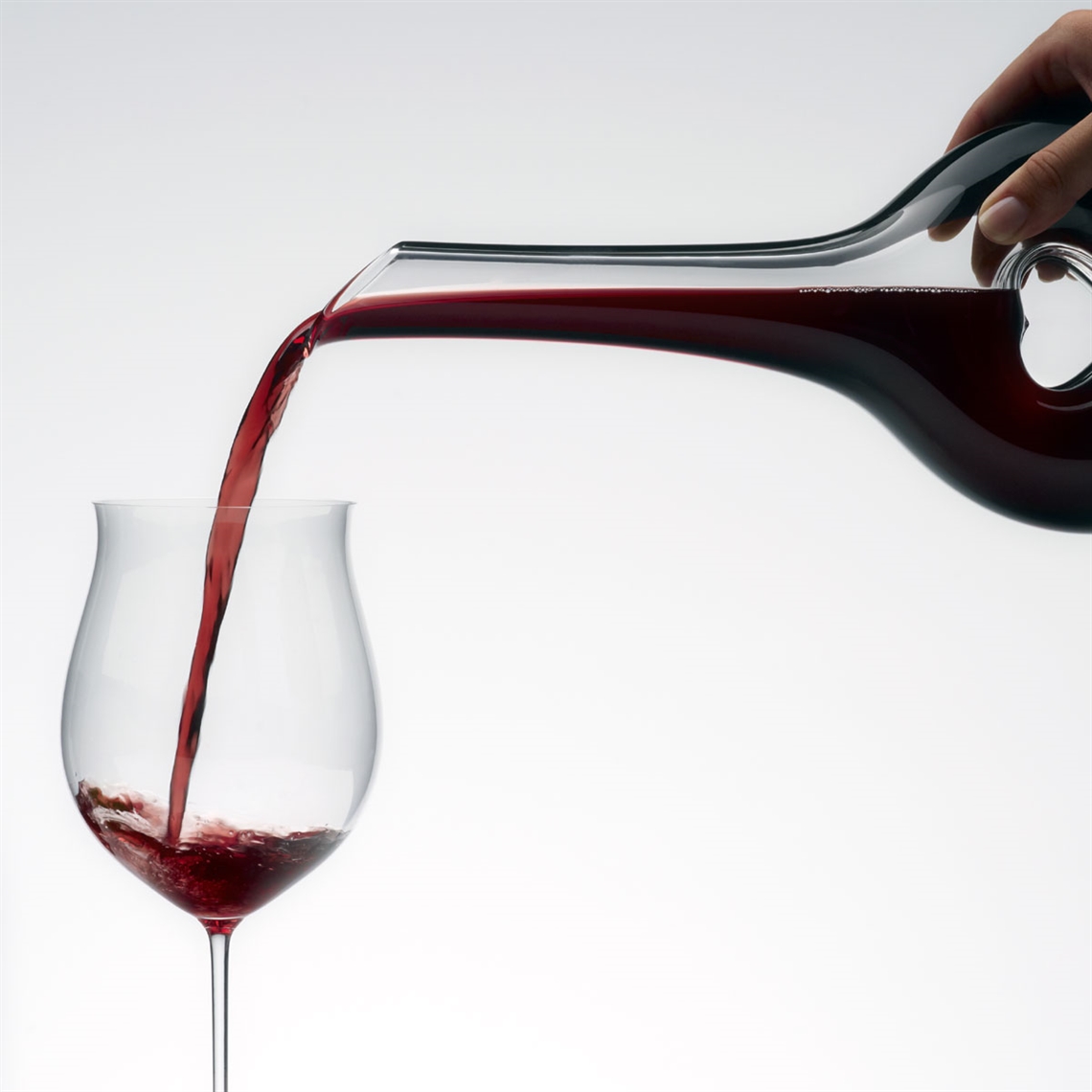 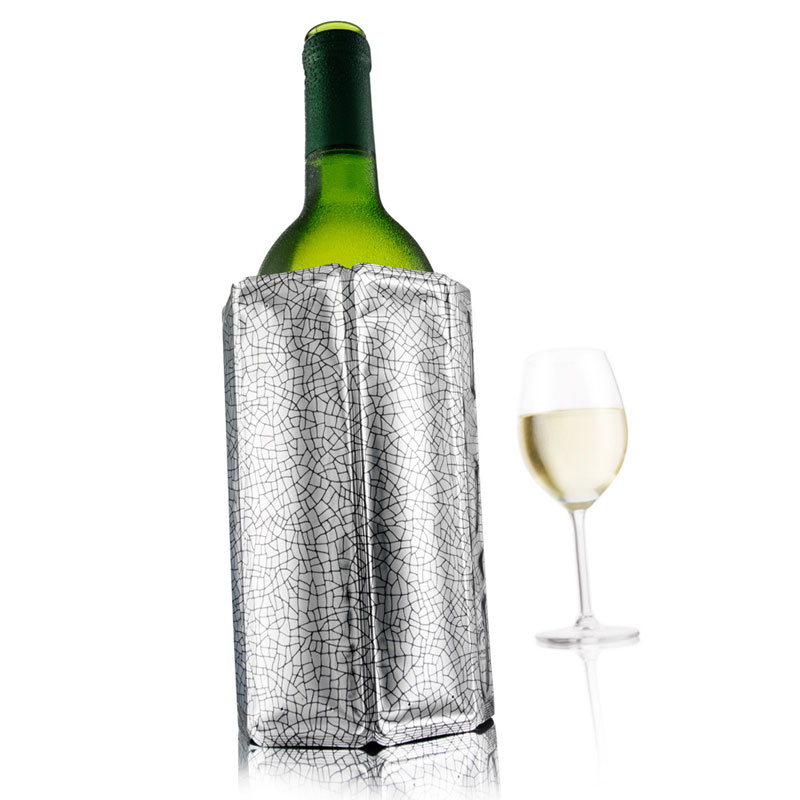 How to keep wine cool 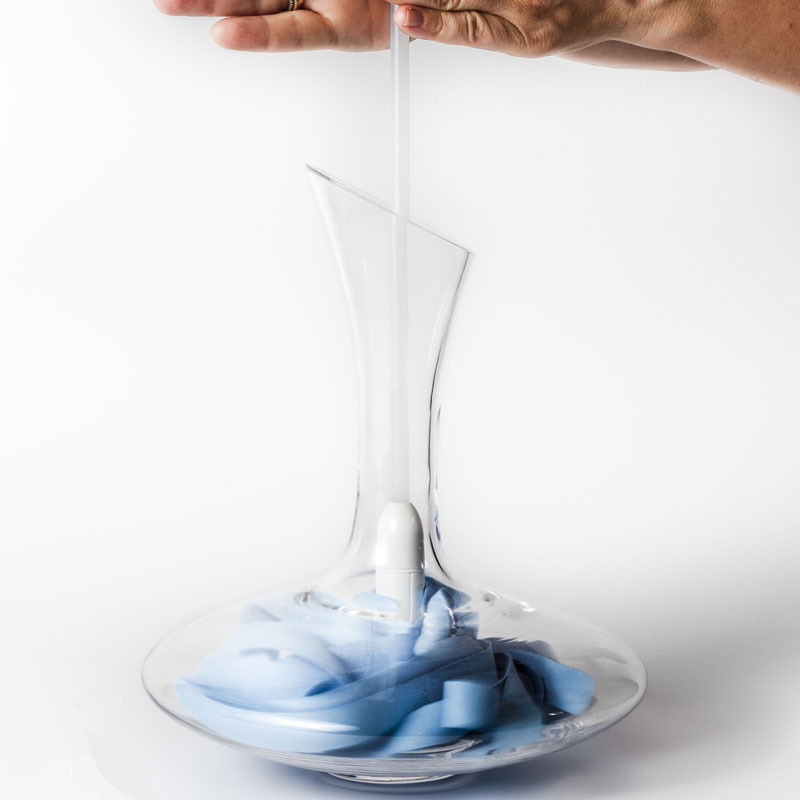 How to Clean Your Wine Decanter 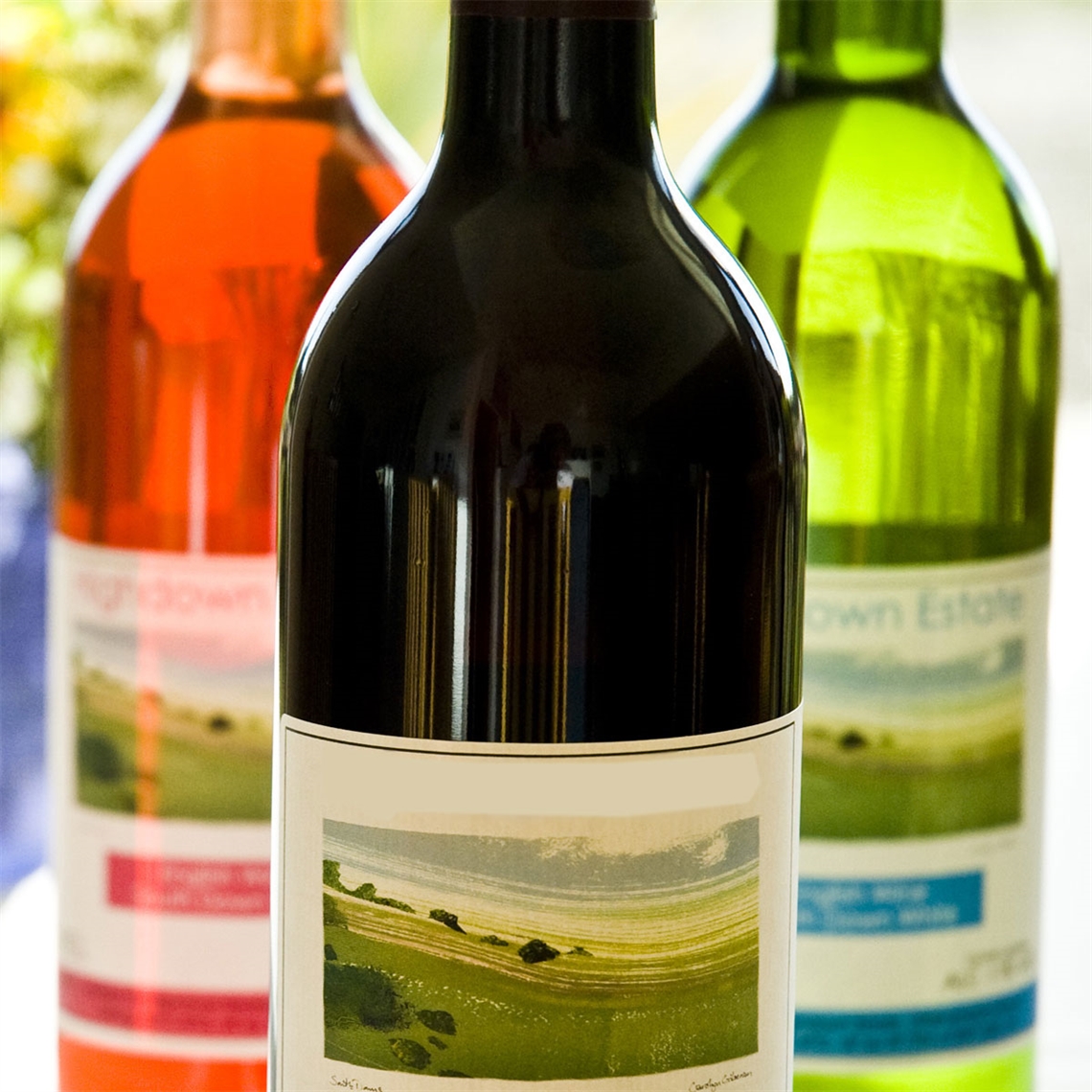 How to Store Homemade Wine Guide 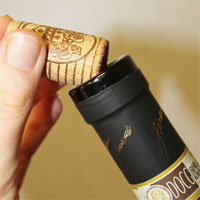 How to Store Open Bottles of Wine 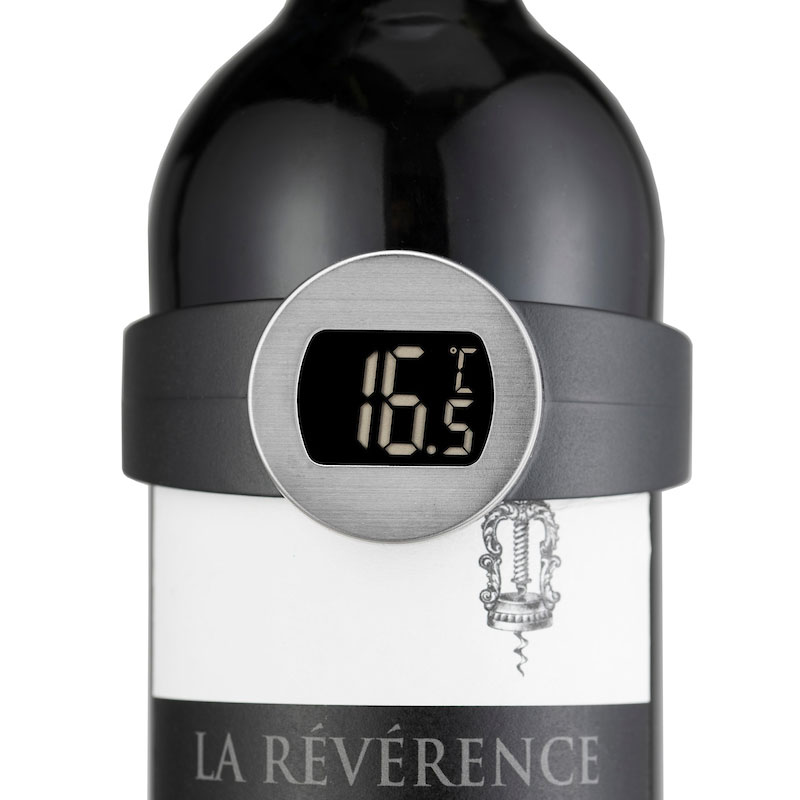 Receive our latest offers, promotions and Wineware news delivered straight to your inbox with our exclusive email newsletter.